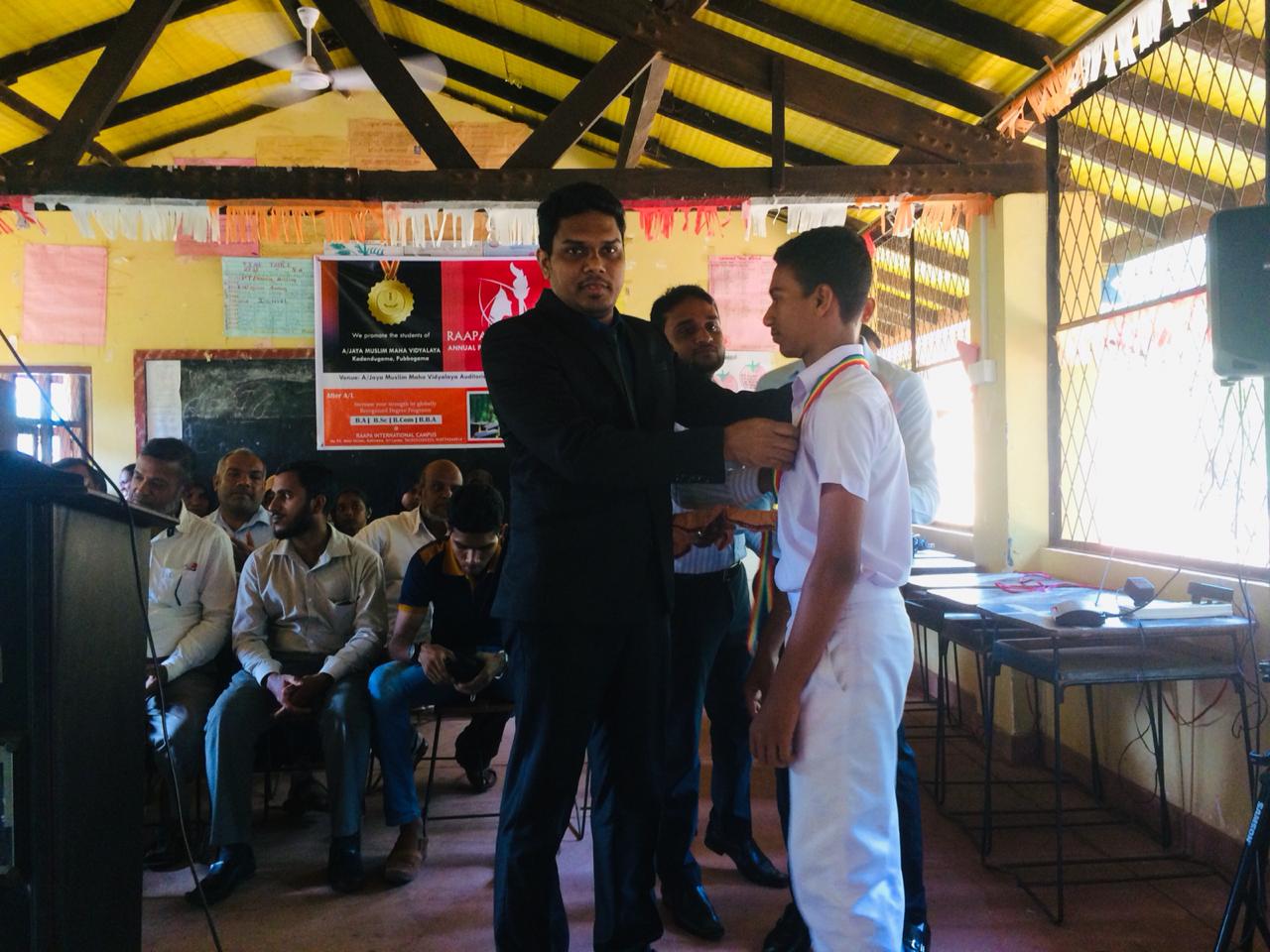 Annual performers award 2018 of Anu/Kek/ Jaya MMV was organized and sponsored by Raapa International Campus on 30.11.2018. It was held at Anu/Kek/ Jaya MMV, Kadatugama School assembly hall, Presided by the Principal of Jaya MMV.

Mr.R.F.Arooz, the Director of Raapa Campus had been invited as the chief guest in the event. 62 Students of the School received the award from the chief guest.

Click one of our representatives below to chat on WhatsApp or send us an email to idbscampus@gmail.com